One of the main challenges faced by the creators of advertisements is the time limitation of most forms of advertising. TV commercials are around 1 minute long, posters are just one image and YouTube ads need to deliver their message in 5 to 15 seconds. In order to communicate as much information as possible in as little time as possible, advertisers often use stereotypes. Examples include: young people like to have fun, men are strong, grandma is a great cook, salarymen like beer, etc.

The question we discuss in ゼミ class is whether advertising creates and promotes stereotypes, or whether it only uses some stereotypes that are already present in society.

Some of the stereotypes most often used by advertisers are gender stereotypes. These stereotypes are an obstacle to gender equality, as they tend to promote discrimination based on gender. Women in advertisements are usually stereotyped in four ways: the wife, the mother, the object of desire, and 'the washing machine'. 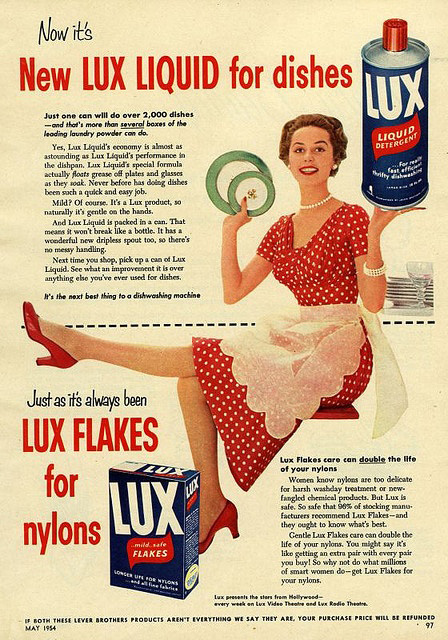 Advertising tends to show us women working mostly in the home and rarely in so-called masculine activities. For example, in many old car advertisements, women were just 'decoration', they attracted the male eye to made him want to buy the car, This has changed in recent years, as the image of the woman as the 'housewife' is becoming less important, being replaced by the image of the 'superwoman' who can do everything. Women in advertisements are now shown as working during the day in order to earn a living, and then taking care of the home after work. This representation remains problematic, because women still have to take care of the home and children, most often alone.

Of course, men also suffer from stereotypical gender representation in advertising. Images of hyper-masculinity and toxic masculinity are commonly used. Men also see their role as fixed: they must be strong, muscular, handsome. 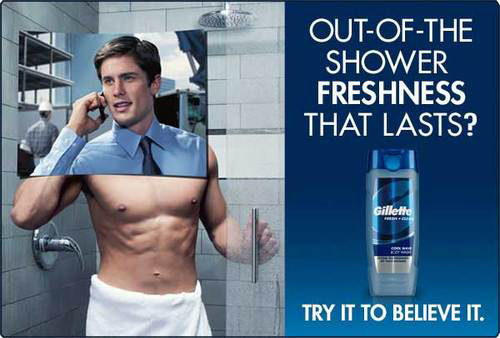 In addition, when advertisements for household products feature a man instead of the traditional sexist cliché of the housewife, it is very common to see the man not knowing how to use the product or how to clean something. The product is then presented as easy to use; so easy that even a man can use it.

From a certain point of view, it is clear that advertising promotes a model to be followed in terms of behaviour and physical appearance. In that sense, advertising influences, or moulds, society. On the other hand, if we consider that advertising changes quickly, and needs to remain at the forefront of cultural trends, we can also conclude that it is an agent of societal change, and this is most clearly seen in the ways advertising represents gender.

Using Advertising (広告), and the language of adverts and CMs, to learn English, understand other societies and the ways advertising influences them and us. My main focus is on the representation of gender in advertising, and how that affects men and women's perception of themselves and others.